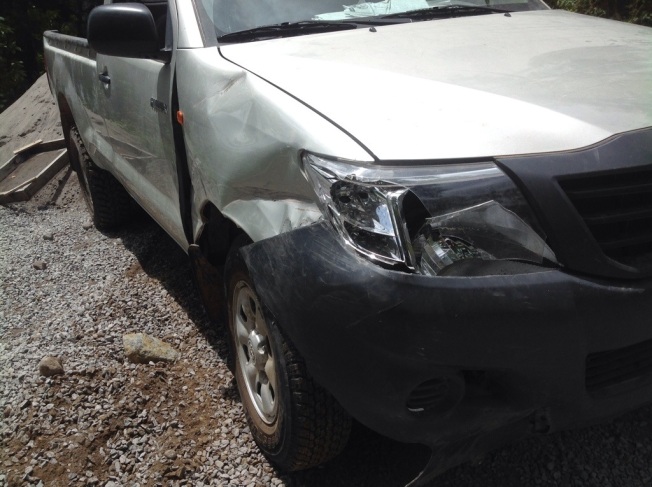 Our latest adventure isn’t a fun one or an especially happy one. I thought about calling this post “Live & Learn” or “Lesson’s on Trust”, or possibly “How we Learned our lesson”…Pfffffft! But, although we trusted someone and that trust was betrayed, it wont stop us from continuing to be trusting people. This experience may just serve as a reminder of the necessity to be more discerning as to who we give that gift of trust to, but we wont stop trusting people. It’s just not the kind of people we are. Both Scott & I have a natural tendency to trust people until they prove they don’t deserve it. This mindset could be called a gamble or it could be called foolish by some. But I’ve found that most of the time its proven to be more of a benefit than not. Although there are times when we get let down and face disappointments, even feel rocked by how wrong we were in our assessment of someones character, I’d rather put out positive, generous energy than walk around feeling suspicious of everyone I come into contact with.

What happened? Well, I must preface this post by saying that I wont be mentioning any names, I would never want a blog post I’ve written to hurt feelings or cause embarrassment to people involved. I realize that there are people who live in this small community who may read my blog and although I like to share my experiences It’s important to me, especially in this instance, to be mindful of not creating a post that would publicly humiliate anyone. So, I’ll be keeping the names of people and a few small details out. Most of my readers would never know any of these folks but, it matters to me if anyone in our little town should read this and know who I’m writing about.

I’ve written before about what a challenge it’s been to get construction materials up to our property. Well, as you know, delivery trucks can’t get up to the very top of our property because it’s not yet paved all the way up . So they drop gravel and sand at the entrance to our lot and then we have our workers shovel loads of material into the truck and drive it up and unload it . Scott’s been doing this and when, on a couple of occasions, we’ve had to go out of town for a day or two, we have entrusted one of our workers, let’s call him Marvyn, with the keys to the truck. Marvyn is the only one who has a driver’s license and so he’s been very good about following our instructions to continue driving material up and down and he knew he was to NEVER take the truck off our property. Can you see where this is going?…..

While we were away, in California Marvyn got drunk and decided to take our truck on a drunken joyride, and off course, crashed it. Yep! He took out a guardrail and the front passenger side went down into a deep drainage ditch. We don’t know all the details but we have been told there was another car involved, luckily no one was hurt. The truck was towed to an impound lot in David. Now, I must tell you that this is a very familiar experience for us because a few years back my daughter did nearly the exact same thing to Scott’s car! Hah! Yep! Well, maybe not ‘exactly’ the same…there was a tree involved instead of another vehicle! And she managed to actually total his car, Marvyn merely crunched the truck, leaving it drivable, which was very nice of him. Pffffffft! Poor Scott! He’s thinking we maybe need to stop leaving town! Ugggggg!

Marvyn had kindly gotten the truck out of impound and changed the blown tire. He put the spare on and drove it back up to our property, so the poor broken little truck was waiting for us when we returned. He has expressed his remorse and has told us that he will pay for it, but honestly we don’t see how that could possibly happen. Like most of the local laborers here, he has so little and works to feed his two small children and wife. The one thing that would be nice is if he decides to decline taking the large “liquidation” payment we are required by the labor board to pay him as a result of discontinuing his employment with us. It just feels so wrong to have to give him a check considering how much this is going to cost us. The labor laws are very much skewed to benefit the workers, and even though we feel strongly about abiding by whatever is the right and legal way they do things here, in this instance it just feels so wrong. We have arranged to have our attorney deal with it. Marvyn will go to our attorneys office to sign the liquidation papers and they will cut him a check. But, we shall see where that goes. To us, the financial implications, though a serious bummer, is not the part of this situation that is the most unfortunate to us. It’s the betrayal of our trust in this person who we really felt deserved to be trusted, that really hurts.

So now we get to learn all about how car insurance works here in Panama. When we bought the truck from Toyota they offered a good deal on insurance through them. They insurance company is through a company called Banistmo. We called them when we got back and they told us they would need the police report. So we arranged for Dani, a Panamanian friend who speaks English, to come with us to the Police station here in Boquete. I have to tell you about how funny I found the office…the way they have it set up, (I’m assuming, to cause people to feel inferior or intimidated by the police), they have the guy in the front office sitting wayyyyyy up in a perch that one must look up about 6 feet to talk to him. The desk, if one can call it that, is built like a guard tower inside the office of the police station. Requiring anyone who walks in to crane their neck to talk to the guy who looks down from his perch. I thought it was pretty funny. But anyways….of course he told us we would have to go down to David to the main headquarters to get the police report…annnnnnd….here we go….deep breath. Time to channel some serious tranquilo!

Yesterday, Monday, we got the crew working and headed down to David in search of the police report. We had a feeling this was not going to go well. And we were not wrong about that. Of course the officer we spoke to at the police station in David told us we needed to go to the Transito office at the Chiriqui mall. Okay….off to the mall we went. The nice lady at the Transito office told us that we needed a little paper that Marvyn must have received, she showed us an example of it, I took a picture of it with my phone and texted it to Marvyn. We decided to go ahead and try to find the insurance office and go talk to them. Lucky for us, Google maps works great and given the fact that there are no street signs here, it’s great to be able to navigate our way through the maze that is David, Panama. We were able to find the office with no problem.

After being ushered to the English speaking person in the office we began to try to tell what we knew about what happened. Which, as I mentioned, we don’t have all the details. We have yet to get the Police report. Mind you, from our perspective technically, the car was stolen. It was taken off our property without our permission and I don’t know, it seems like that constitutes stolen property? No? Well, It’s not looking good for us. Mind you, they still have to send our report to the main office in Panama City for review, but like any other insurance organization they are going to argue that what happened does not qualify for coverage. Talking with the insurance representative in the office yesterday they indicated that because Marvyn had access to the keys to the vehicle, it may be our responsibility to deal with the damage. Now, given that there was another vehicle involved, I sure hope we don’t end up being responsible for that as well! And how about the damage to the guardrail? Uggggg!

After Marvyn called us back and told us the number on the little piece of paper that the Transito office wanted, we left the insurance office and drove back to the Chiriqui mall to see if this magic number would miraculously get us the Police report. But…Nope! She took the number, shuffled through a pile of papers and said, “no, it’s not here”. Okay….so apparently it can take awhile for the officer to file the report. “How long?” I ask….”Two weeks, Three weeks, maybe a month” is the answer I get from the nice lady. Silent eye roll! Ohhhhhh Panama! 🙂 Well, so continues our Adventure with car insurance. Nothing new, insurance is insurance, no matter where you live. So, for now, our little truck limps along looking pitiful.

Another new development resulting from losing our only driving employee, Scott has tons of things to work on and without a driver he would have to spend all his time driving the truck up and down. So, being the kind, generous caring wife that I am (ahem), I volunteered to be the driver. Right now, as I write this post I’m sitting in the truck, backed up to a huge pile of gravel as Edgar shovels it into the truck. To be honest, I’m happy to have a way to help. So far there hasn’t been much that I could do and I’m more than happy to feel productive. And, I get to spend time writing while I sit and wait for the truck to be loaded and then unloaded. In the end, even though this truck situation sucks an we’re both very disappointed in Marvyn and in losing him as an employee, our Adventure goes on. We wont be giving the keys to our vehicles to anyone again, lesson learned, and hopefully Marvyn decides to learn a lesson as well. I still think he’s a good person, he just made a stupid mistake and now he’s living with the consequences. We always told Mariah, when she made stupid mistakes that mistakes are never a bad thing as long as you learn something from them and never repeat them. Life goes on….